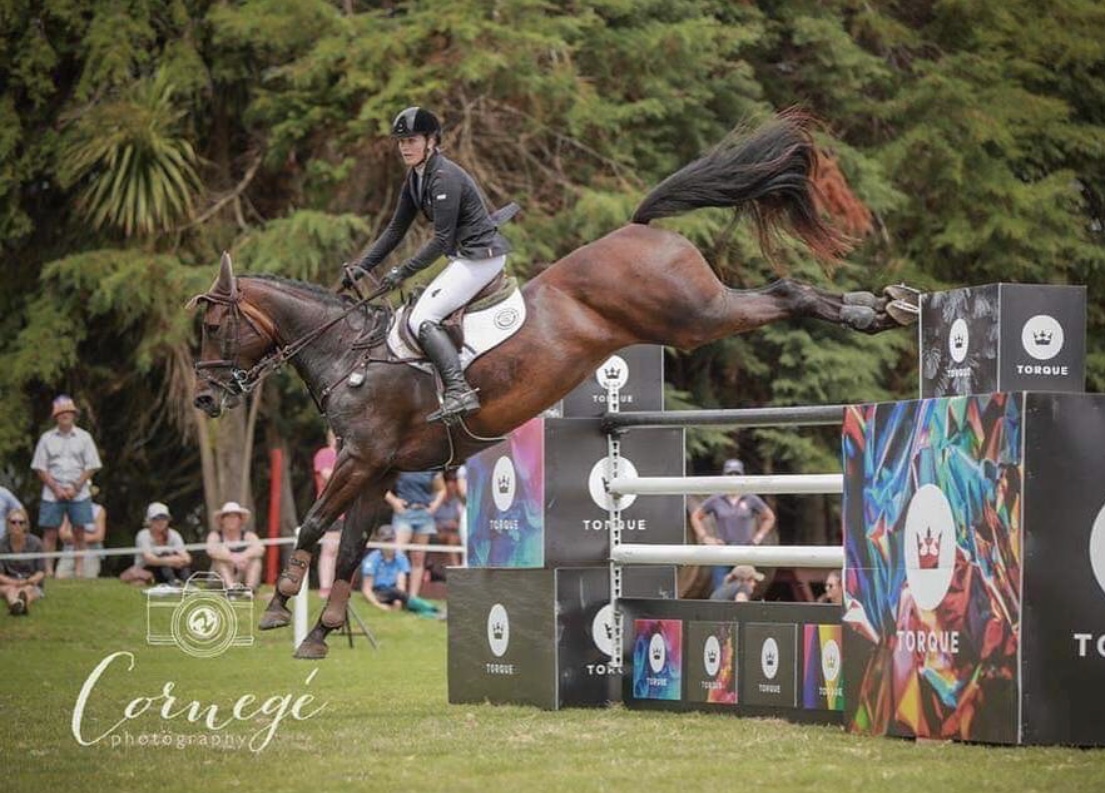 Currently in my stable we have a couple of top jumping mares, some young ones just starting out, a few babies still in the paddock, a couple of broodmares that have made our stars, and some retired boys on the farm!

Our up and coming star is Enya MH, a 2012 Hanoverian mare that I have been partnered with since she was 4yrs old. Enya is very talented but also very quirky, never the less has had great results coming through the age group series including wins at 6 and 7yo level. This season she will be stepping up to Grand Prix.

I’m very proud to have partnered with Equine America NZ after winning the 2016/17 Cortaflex 7 year old Series on Graffiti MH. The main core products I stand by are Cortaflex HA/Super Fenn, So-Kalm Solution, BLS, Pro-Pell plus, Apple Lytes, and Biotin Xtra! We are grateful for the support of Equine America to enhance our performance physically and mentally!